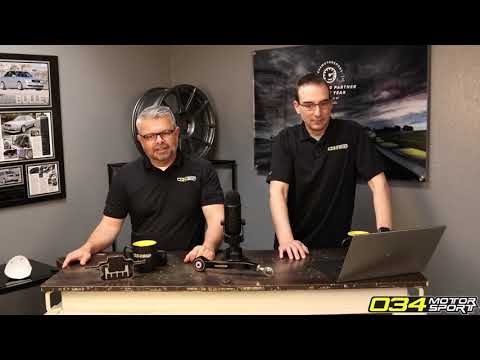 Install these for improved performance with little to no difference in NVH. Poly mounts will shake your teeth out and ruin the car!

The result is a locked-down drivetrain, solid shifting, and virtually no wheel hop. Track Density Mounts will cause a noticeable increase in noise, vibration, and harshness (NVH) inside of the cabin. These mounts are a completely re-engineered performance solution, not just inserts for use with the factory mounts.